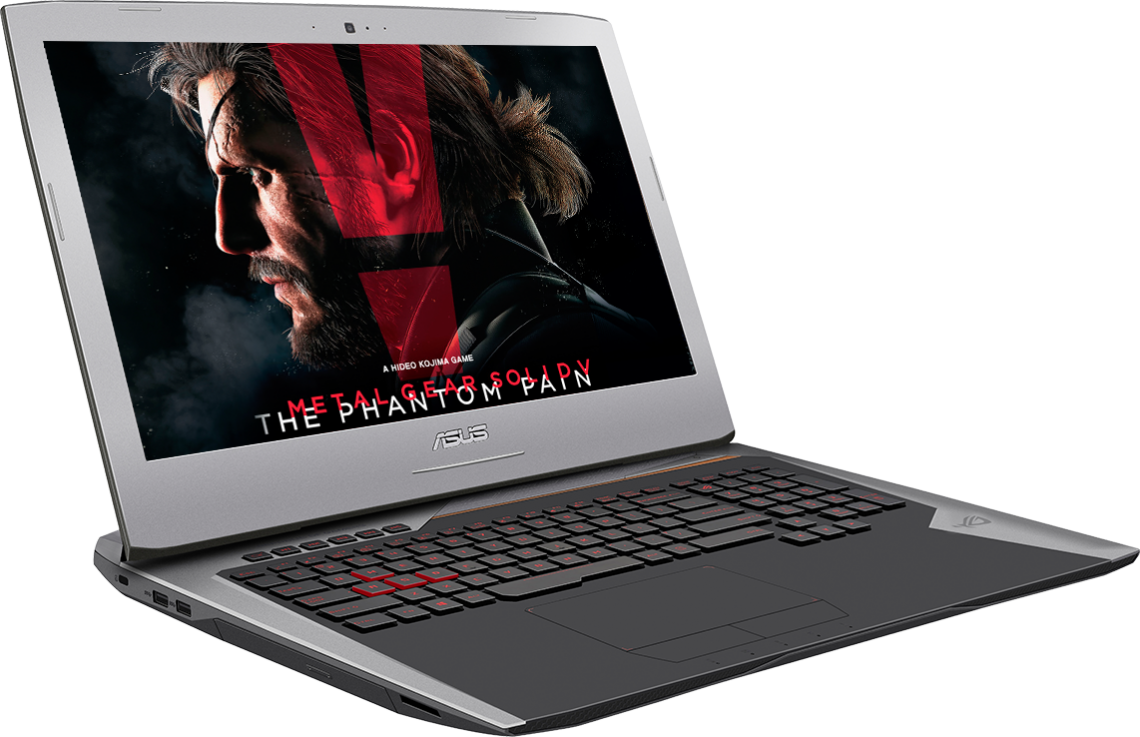 While ASUS G752VY is an improvement over its predecessor, it does not come with enough improvements at this price point.

The ROG G752VY is a successor of a the upper-range line up of gaming laptops from Asus, which boasts a powerful Skylake series i7 processor, the NVIDIA GeForce GTX 980M GPU, a robust chassis, and a creative cooling feature branded as Vapor cooler. As the heat continues to build up within the billion-dollar gaming laptop market, does the ROG G752VY have what it takes to break through the competition? Read our full review below. Please note the exact model we are reviewing is Asus G752VY-GC132T

By every means, the ROG G752VY is built to last, and it is clearly depicted in the heavy duty chassis and extra added weight of the cooling system. Weighing at 4.504Kg, the laptop outweighs the competing laptops, such as the Eurocom Sky DLX7 at 4.3Kg and the Asus GX700, which weighs 3.9Kg. The copper coloured brushed aluminium accents with hard silver chassis looks and feels rich, while the cooling grille at the back of the laptop adds a whole new level of beauty.

In comparison to the G751, the ROG G752VY comes with an array of different materials used in its construction, with outer appearance almost completely metallic and interiors crafted from rubberised plastic. In terms of rigidity, the only minor flaw you would notice is near the centre of the keyboard, which falls directly over the optical drive, creating a slight hollow impression when depressed with some force.

Due to the bar-hinge design of the lid, the screen can be turned back at a maximum angle of 120 degrees, while the base is thicker than the previous versions, due to the newly added cooling system. In terms of connectivity, the G752VY comes with 4 x USB 3.0 ports, 1 x USB 3.1 Type-C port, a Combo audio jack, a Microphone jack, HDMI port, SD card reader, mini Display Port and a DVD burner as well.

Unlike most of the current generation high end gaming laptops, the G752VY is restricted to a Full-HD 9120 x 1080-pixel screen, with no options for 4K resolution or touchscreen support. Similar to its predecessor, the laptop suffers from just a small amount of backlight bleeding issue, which is only visible in a dark room.

Being a quality IPS display panel, the screen scores well with an average brightness measurement of 336 cd/m2, and a decent sRGB color spectrum coverage of 85 percent. Owing to the matte finish display on the screen, outdoor visibility of the laptop is decent and in fact, better than average. The IPS panel also assures wide viewing angles, with almost no colour or image distortion when viewed from any angle.

Asus had made no design change of any sort when it comes to the keyboard of the G752, with the same black and red colour combination sported by its predecessor. An absolute pleasure to type on, the full-sized keyboard comes with a numpad, full backlight support and dedicated media keys as well. The 2.55mm of travel offers sharp pressure points, almost no wiggle and crisp feedback.

Similar to the keyboard, the large sized touchpad of the laptop is identical to the one on the G751, measuring 12 x 6.8 cm. Fibre glass surface of the touchpad offers a smooth texture and accuracy throughout the edges, while the Asus Smart Gesture software adds multi-touch gesture recognition for up to 4 fingers. The rubberized and standalone mouse keys offer a solid feedback and are quiet with the click.

The reviewed model of the ROG G752VY (G752VY-GC132T) is powered by the Intel Core i7-6700HQ quad-core processor, which belongs to the 6th generation Skylake SoC family. With a speedy base clock speed of 2.6GHz, the processor comes with overclocking ability up to 3.4GHz, owing to the Turbo Boost technology. Although essentially identical to the 4720HQ in regards to architecture, the single tread processing of the 6700HQ is up to 12 percent faster.

The laptop comes with 16GB DDR4 SDRAM, which is expandable up to 32GB, along with the added speed of a 256GB SSD storage, which is also expandable thanks to the two mSATA slots provided with the hardware. Moreover, the ROG G752VY also gives you plenty of storage room with the additional 1TB HDD storage which reads at 7200RPM.

The ASUS ROG G752VY comes equipped with the NVIDIA GeForce GTX 980M GPU, with 4GB DDR5 VRAM. Users can expect to play almost every single current game title on maximum settings and get back a decent frame rate.

When put to the test, the ROG G752VY was able to play games such as Sleeping Dogs at 63 FPS on Ultra settings, Tomb Raider at a blazing 123 FPS and even the newer titles such as Fallout 4 at 68 FPS on maxed out visual and graphical settings. Even under all of the hard-core gaming and overclocking pressure, the vapour cooling feature keeps the laptop cool and silent, with at least 10 degrees cooler than the competition.

• Despite the high cost factor, there is no 4K or UDH display.
• Relatively thick and heavy

Asus continues its experimental phase with the ROG line up, introducing innovative performance tweaks for laptops, such as water cooling and vapour cooling. The cooling technology used on the ROG G752VY sets the foundation for enthusiasts to make their portable gaming machines even better.

While ASUS G752VY is an improvement over its predecessor, it does not come with enough improvements to declare the G751 obsolete. A thicker chassis and an extra half a kilo of weight comes with the cooling system, while the less-than-perfect design flaws continue to haunt the laptop. Despite being future-proof in most ways, the ROG G752VY comes with a simple Full-HD display, which is considered mediocre in comparison to most 4K bearing competitors.