The Toshiba Portege Z20T is nothing short of a powerhouse, crammed inside gorgeous exteriors which every user would appreciate 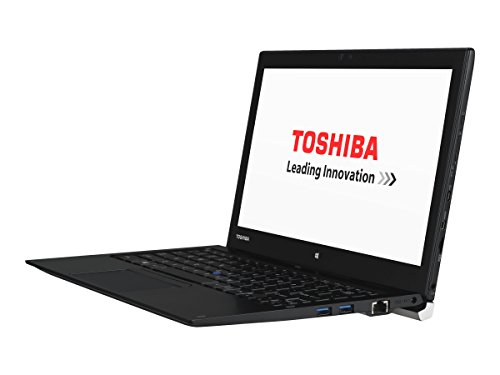 Gone are the days where you needed to choose between a portable tablet and a highly functional laptop – the 2-in-1 laptops are the next big thing. Just like Apple dominated the ultraportable laptop lineup for years with its MacBook Air, the Microsoft Surface Tablet PC has enjoyed a firm position among the upcoming race of the laptop-tablet hybrids.

To break the monarchy in the 2-in-1 laptop market, every major manufacturer has unveiled its hybrid, and the Portégé Z20T is Toshiba’s answer to the Microsoft Surface. The sleek and yet robust build and design of the Portégé Z20T is not just a novelty device – it is powered by phenomenal battery life, comes with respectable hardware specs and offers a rich and crisp Full-HD display as well. While there are plenty of features integrated into the Portege Z20T (PT15AA-003009 )to justify its premium price tag, but is it the best 2-in-1 laptop out there? Check out our review below to find out.

Covered in gorgeous jet-black color, the Toshiba Portégé Z20T is the perfect combination of a sleek and cutting-edge tablet, along with a razor-sharp keyboard dock that comes together to create an elegant machine.

The tablet and the dock are connected by a silver hinge which looks seamless when the notebook is closed but protrudes from the bottom. This creates an angle of inclination, which is great for typing on a desk, but not so great when being used on your lap. The chassis is fairly stable and lightweight, as it has been constructed out of magnesium alloy.

The surface offers a premium appeal with a brushed-metal finish which does a fine job of keeping the fingerprints off. The Portégé Z20T faces the problems in terms of sturdiness when docked to the keyboard, which an issue all detachable laptops face. The keyboard dock weighs 763 grams, while the tablet weighs 730 grams, so they balance each other out when carried around together.

The Display and Touchscreen

With a fairly sized display of 12.45 inches, the Portege Z20T boasts an FHD resolution of 1920 x 1080 pixel density of 176 PPI. The resolution of the Toshiba Portege Z20T falls short when compared to the Surface Pro 3 (2160 x 1440), but matches the Full-HD resolution of the Lenovo ThinkPad Helix 2. Nonetheless, the pictures on its display are very sharp, the colors are vibrant and also offers fairly wider viewing angles.

In terms of brightness, the Portégé Z20T offers a satisfactory luminance of 301 cd/m2, but it’s quite unevenly distributed, with the bottom being darker than the rest of the area. Built with the latest IPS panel technology, the Portégé Z20T offers a high contrast ratio of 870:1, and while the picture quality is not as sharp as the Surface Pro 3, it makes up with the anti-glare finish. The anti-reflective layer which has been glued to the display surface is perfect for outdoors, which is rare in its class of convertible laptops.

Designed as an ideal tablet, the touchscreen support finger input, but is only recommended for web surfing, or simpler tasks. Control elements and small symbols are hard to hit precisely with fingers, and handwritten inputs aren’t accurate either. To solve this issue, the Portégé Z20T has been equipped with two input pens, with different amount of precision. For instance, the larger input pen offers more precision, which is ideal for graphic designing, while the other input pen is ideal for regular usage.

Toshiba has gone far out to bring the best typing experience with a keyboard dock that leaves very little to be desired. The Portege Z20T comes with a full-sized keyboard that is spill-proof and comes with backlit illumination as well, with keys and layout space that matches most notebooks in its class. When compared to the keyboard of the competing ThinkPad Helix 2, the Portege Z20T’s keyboard offers soft and cushioned pressure points and shorter travel.

The keyboard comes with a 4 x 2-inch touchpad from the Alps, which supports gestures, two-finger scrolling, and pinch-zoom as well. While the touchpad provides smooth and precise feedback, the surface seems less smooth than one would usually expect. The touchpad is actually Toshiba’s revered ClickPad, which not only provides the standard right and left keys separately but integrated them into the touchpad as well. The keyboard also comes with a blue TrackPoint which makes navigation even more fun, once you get the hang of it.

The Toshiba Portege Z20T (PT15AA-003009 )is only as powerful as most 2-in-1 hybrid laptops, as it requires a processor that can work with a fan-less design. The Intel Core M-5Y51 processor rests at the core of the Portégé Z20T, with a clocking speed of measly 1.1GHz, although the Turbo Boost brings it up to 2.6GHz on 2 Cores. The laptop can handle everything that you throw at it, including dozens of Chrome tabs open at once and streaming HD movies on Netflix as well.

When put through the spreadsheet test, the Portégé Z20T matches 20,000 names and addresses in 7 minutes, which is lower compared to other M-Core laptops. With 4GB LPDDR3L RAM soldered to the motherboard, there is no way to upgrade it, or even access it since the Portégé Z20T does not come with a removable hatch.

In terms of storage, the Portégé Z20T comes with 256GB of SSD memory, which will help you blaze through processes and transfer content at 212MP/Sec. This transfer rate is faster than any of the competing laptops such as Surface Pro(145MB/Sec) and Venue 11(130MB/Sec), while the MicroSD slot enables you to add more memory if required.

The Toshiba Portégé Z20T is a definite contender against the Microsoft Surface lineup, with the professional build quality, high functionality, and ultra-portability. The only problem is that the Portégé Z20T is not the only horse in the race – all other major manufacturers have 2-in-1 hybrid laptops to showcase, and some of them are equally good (or even better) than Toshiba’s progeny.

It all boils down to what the consumers prefer, and the Portégé Z20T is nothing short of a powerhouse, crammed inside gorgeous exteriors that every user would appreciate. While the Surface Pro 3 may be much cheaper than the Portégé Z20T, it does not cut close to the full “laptop experience”, or the astounding battery life that Toshiba’s incredible keyboard dock delivers.